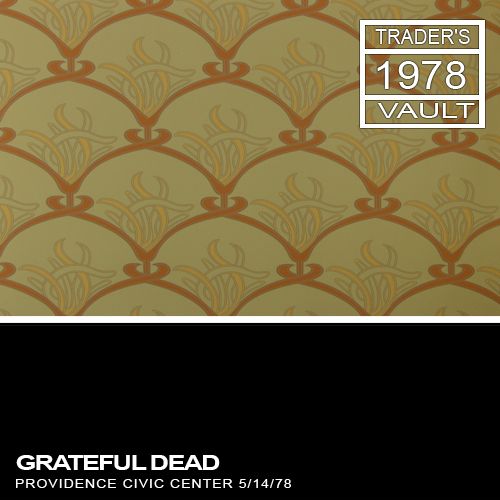 Mississippi Half Step, Cassidy, They Love Each Other, Looks Like Rain, It Must Have Been The Roses, Me & My Uncle-> Big River, Brown Eyed Women, Let It Grow

Samson & Delilah, Ship of Fools, Estimated Prophet-> Eyes Of The World-> Drums-> Not Fade Away-> Goin' Down The Road Feelin' Bad-> Around & Around, E: U.S. Blues

Reviewer: cliff449 - favoritefavoritefavoritefavoritefavorite - May 17, 2020
Subject: And so it begins...
The day I graduated from Swampscott High School in the spring of 1977, I could not have told you which band Jerry Garcia played in. When I got to Harvard (where I later met Frank Streeter), Steve O'Leary of blessed memory lent me his copy of Europe '72, and asked me to figure out where China Cat Sunflower stopped, and I Know You Rider started. I listened to that cut a dozen times, and I was intrigued. There began my suspicion that these guys were on to something.

That suspicion was confirmed after I heard my first 15 seconds of the Half Step opener that night in Providence. By then I knew that the question about a Grateful Dead concert had forever changed for me, as Joanie Begonias always says, from "Are we going?" to "How are we getting there?"

I was sitting behind the stage, and at some point in the Half Step coda Garcia crouched into a peeling run, and the crowd visibly rippled in response, as if it was a single organism. (As I came to know, it was.) I remember Not Fade Away, particularly, as an unhurried, genuinely exploratory journey we all took together (this was before the time of the rote crowd participation in NFA).

I turned to poor unfortunate Doug, sitting next to me with his DIY nitrous dispenser, and said to him "Look, I know it's night time, but doesn't it seem like it's day time in here?" After I said that to him for the sixth or seventh time, he patiently said "Just listen to the music play." So I did. And I am still listening, and playing, and my life has been informed and transformed by the Music and the community that grew around it.